Mbappé-Real Madrid story is going to be hectic until its denouement, which is very close. The final stretch began months ago, after the Champions League round of 16 tie. Then a round of talks was opened, which sources familiar with the negotiation said were definitive. However, the process was delayed by the wide differences in two key concepts: the signing bonus and image rights. It was necessary to sit down, see each other’s faces and bring positions closer together. It was a scenario in which Real Madrid had a trump card that it considered decisive: the player’s desire to be a Real Madrid player.

These issues were resolved, as MARCA reported on Monday, last week. The terms were very different, as the scenario, to those of the previous summer, in which Real Madrid presented three formal offers, of 160, 180 and 200 million euros, and even slipped through authorized intermediaries their predisposition to surpass the record signing of Neymar (222 million). However, no proposal was even answered by PSG. From the Santiago Bernabeu it was feared, and time has shown that the hypothesis was right, that the agreement would be just as complicated or more from September despite the fact that Mbappé is free on June 30.

The signing bonus
The 2018 World Cup winner’s representatives started by asking for around 200 million transfer premium, the figure Real Madrid bid in August 2021. The understanding was reached at 130 million. Regarding image rights, the entity presided over by Florentino Pérez has ended up making a historic concession, notably above the 60% it gave Cristiano Ronaldo.

The ‘yes’ was celebrated
Mbappé’s ‘yes’ in all these details to Real Madrid was taken by the club as a success, almost celebrating already a glorious signing. However, there is a loose end: there is no full contract signed with Real Madrid and the idea, although the documents proper to this scenario have been being prepared, is that the rubric would occur after the final on the 28th.

Meanwhile, the attacker, as always, has continued to listen to PSG. From France and especially from Doha, with unlikely political pressures in between, he has been given everything, as this newspaper has been telling: from fixing the desired economic sum to, and this is the crucial point, that his voice is at all times heard in the planning of the sporting project. Kylian wants to win the Champions League and, for this, he does not see the continuity of Leonardo and Pochettino, he considers that there are figures that must leave and that other highly coveted cracks must enter. 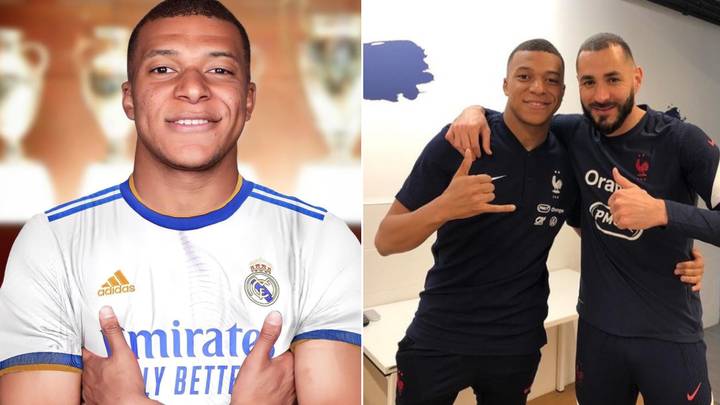 Summit with PSG
Mbappé met with his trusted people on Tuesday to analyze the situation and in the afternoon he spoke with PSG. With nothing completely clear, the choice was made to summon the two suitors to a verdict in the coming days. The plan is for that to happen next Sunday, when the Frenchman intends to inform Real Madrid and PSG of what he wants to do with his career. Then, the roadmap is to agree with the chosen one how to communicate it publicly.

At Real Madrid remain confident that the childhood dream of their desired next galactico will prevail. Experience says that whoever previously opted to wear white had easier access to the European Cup and the Ballon d’Or, and, consequently, they consider that Mbappé needs to take this step.